Marie Mosley, Ex-Officio Member of the TRIDEC Board of Directors and Kennewick City Manager, has been named 2019 Kennewick Woman of the Year.

According to the Tri-Cities Area Journal of Business: 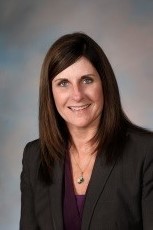 [Mosley] is in effect the city’s chief executive officer, overseeing the day-to-day challenge of providing police, fire, planning, development, parks, utilities and hundreds of other services to the city of 80,000 residents.

She has spent nearly 37 years in the public sector, where she promotes the concept that municipal government plans an integral role in shaping communities.

The nomination, written by Kennewick Police Chief Ken Hohenberg and retired Councilman Paul Parish, noted that her first act as city manager was to lead development of the city’s motto, “Leading the Way.”

“Marie has always approached her public service role with it being a privilege to serve our friends, families,  neighbors, visitors, partners and businesses. She also inspires the citywide team to serve with the same attitude of appreciation,” Hohenberg and Parish wrote.

Mosley served on the board of United Way of Benton and Franklin Counties, including chairing the board in 2014 and 2015.

Some of the organizations where she has taken leadership positions include Hanford Communities, the Joint Coliseum Advisory Board, the Tri–Cities Cancer Center Cancer Crushing program, the Tri-City Development Council, the Tri-City Metro Drug Tax Force board, Benton County Emergency Services, the Bicounty Police Information Network, the Trios Foundation board, South Hills Church and the Washington City/County Management Association board.

The awards are given annually by Soroptimist International of Kennewick-Pasco and the Kennewick Past Men of the Year Club to residents who have served the citizens of Kennewick. Mosley was honored at the annual Kennewick Man and Woman of the Year banquet awards Feb. 24, 2020 at the Three Rivers Convention Center.

Mosley and her husband John live in west Kennewick and have several grandchildren.

Read the full article from the Tri-Cities Area Journal of Business here..

Board of Directors, news