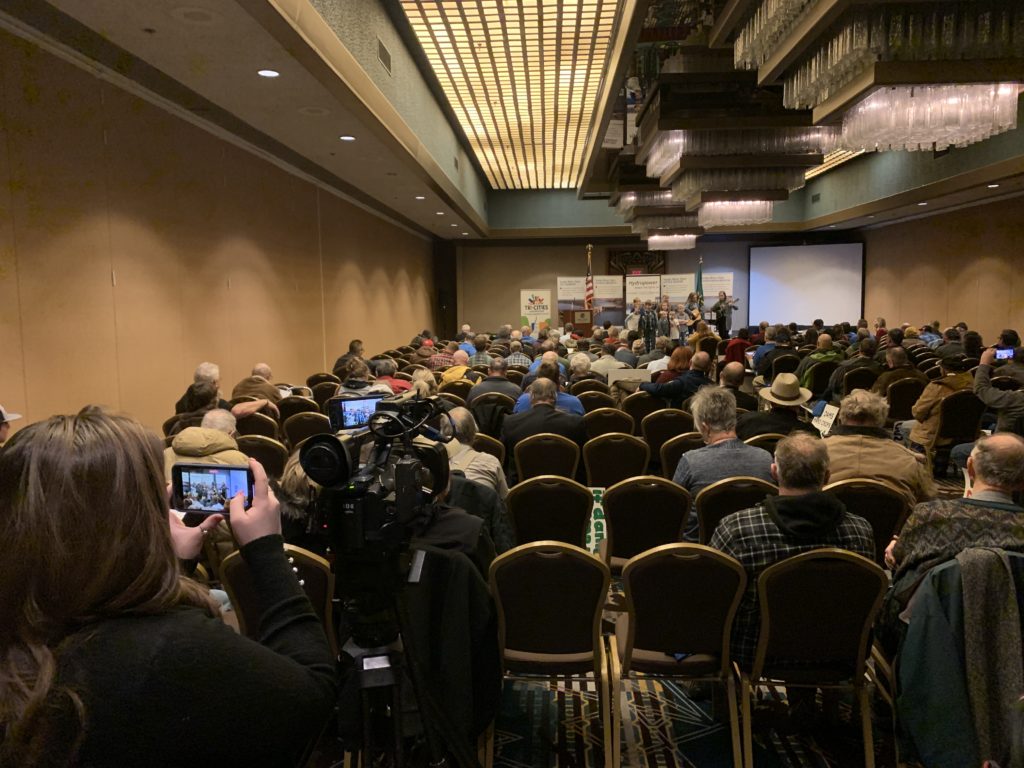 The ‘KNOW THE DAM FACTS’ rally – organized by the Tri-Cities Legislative Council – was held ahead of the Governor’s Snake River dams workshop. The rally was organized when it was announced the workshops would not include the opportunity for public comment.

“These dams are critical to our environmental goals, our economy, and our way of life,” said Jason Herbert, Chair of the Tri-Cities Legislative Council. “It’s important for the people of the Tri-Cities to have a seat at the table and to have their voices heard.”

The rally featured remarks from a broad coalition of industry experts, local leaders, farmers, and working families who believe in preserving Snake River dams. Speakers emphasized studies highlighting the many potential negative environmental and economic impacts if the dams were removed.

According to Randy Hayden, Executive Director of the Port of Pasco, “[our] primary mission is to foster economic development. We must protect our dams to keep the power on, keep our businesses running, and keep our people employed.”

Todd Myers, Environmental Director for the Washington Policy Center, sent the following statement after he was unable to attend due to weather conditions:

Destroying the Snake River dams would be a deadly distraction [from salmon], diverting time and money from the most effective salmon recovery efforts, and would do little to increase populations in the Snake and Columbia rivers. If we don’t prioritize based on science, salmon and communities across the region will pay the price.

Kristin Meira, Executive Director of the Pacific Northwest  Waterways Association, was also withheld by inclement weather.  Her remarks regarding the statewide impacts of breaching were delivered by long-time community leader Debbie Bone-Harris, who recently retired from Benton PUD.

Reps. Dan Newhouse and Cathy McMorris Rodgers sent videos from Washington, D.C., praising the benefits our dams provide to our economy and the critical role of hydropower in our clean-energy future.

Additionally, local Scout Troop 159 presented the colors and led the Pledge of Allegiance, and Impact Percussion Drumline concluded the event.

Given the limited opportunity for public comment, supporters of the four Lower Snake River dams are encouraged to participate in Governor Inslee’s online survey before it closes on Friday, January 24.