26 Jun Good News on the Job Front for the Tri-Cities Area. More People are Working.

The Tri-Cities unemployment rate dropped to 5.1 percent in May, from 5.7 percent in April.

But figures released Tuesday by the Washington Employment Security indicate the local rate has been higher than 2018 for four consecutive months.

May’s unemployment rate was two-tenths of a percent higher than a year earlier.

The statewide unemployment rate was 4.2 percent, identical to the prior year and down from 4.4 percent in April. The state has a civilian labor force of nearly 3.9 million workers. Of those, about 163,000 are seeking work.

Kennewick-Pasco-Richland Metropolitan Statistical Area (MSA) not seasonally adjusted unemployment rate was at 5.1 percent in May 2019, which is 0.6 percent lower than in April 2019, while recording 0.2 percent increase from May 2019, according to the estimates by the federal Bureau of Labor Statistics (BLS).

Over-the-month, the labor force expended in May 2019 for Kennewick-Pasco-Richland Metro by 1.1 percent or 1,619 people. Also, over-the-year resident labor force recorded growth of 4,838 people, which is a 3.4 percent increase.

The labor force is the total number of people, both employed and unemployed, over the age of 16. Labor force continues to expand, which is along with the seasonal down turn in certain industries contributing to the higher unemployment rate. However, labor force expansion is good sign of improving labor force confidence in the local job market. 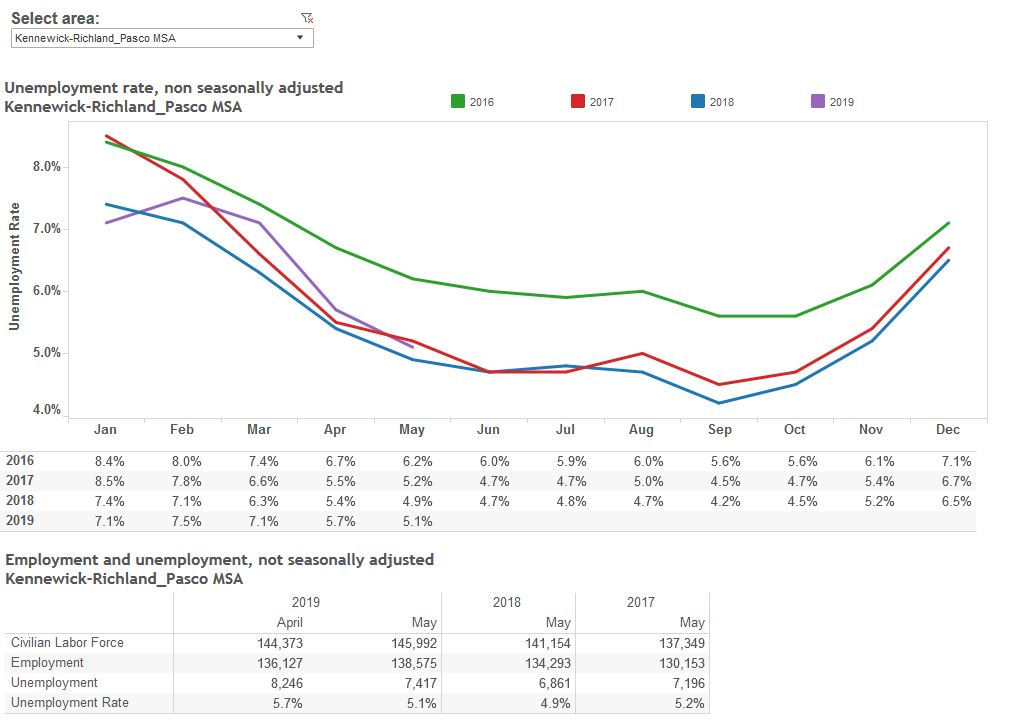 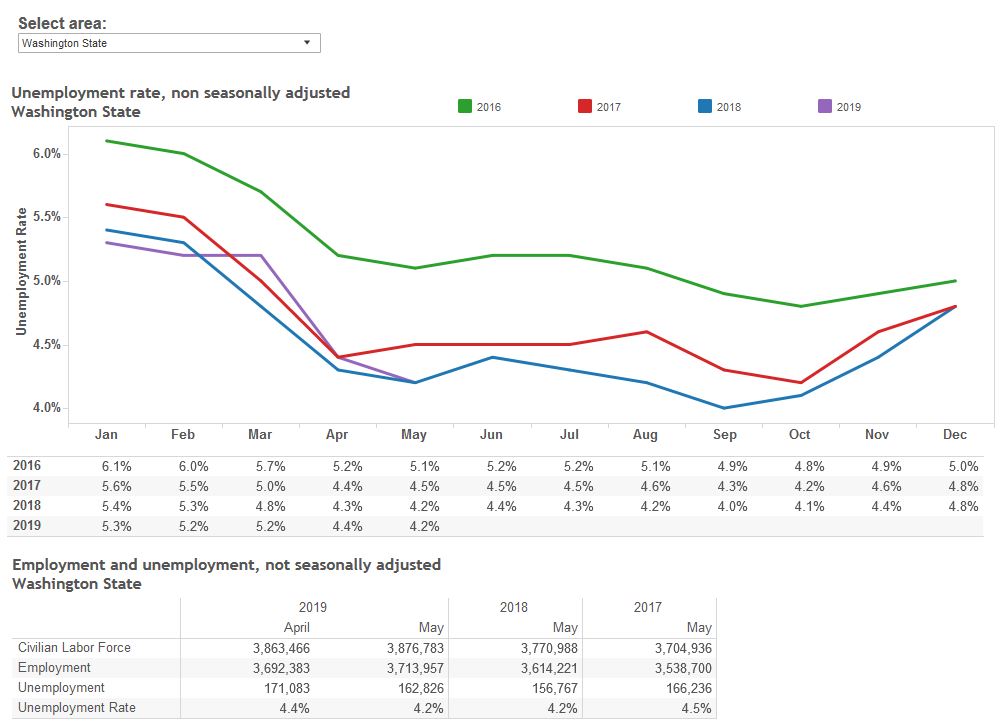