Posted at 14:46h in events by Traci Jao
Share 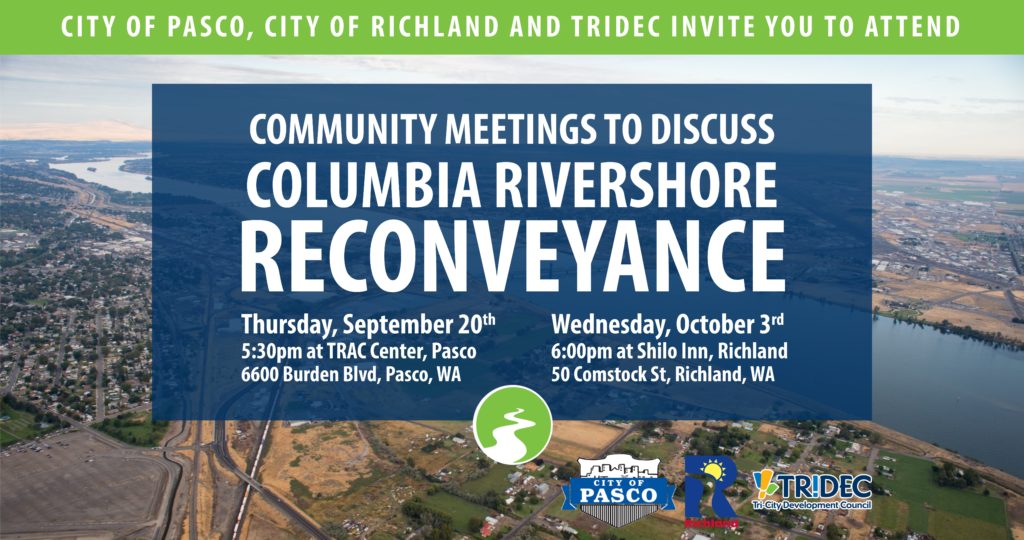 Join us for two upcoming Community Meetings regarding the Columbia Rivershore Reconveyance.

TRIDEC is hosting, in partnership with the Cities of Pasco and Richland, two informational meetings to discuss the proposed Columbia River Shoreline Reconveyance.

TRIDEC partnered with the City of Kennewick to host the first Community Meeting on Thursday, August 2.

We hope that you will join us to learn more about the proposal, and to show your support! 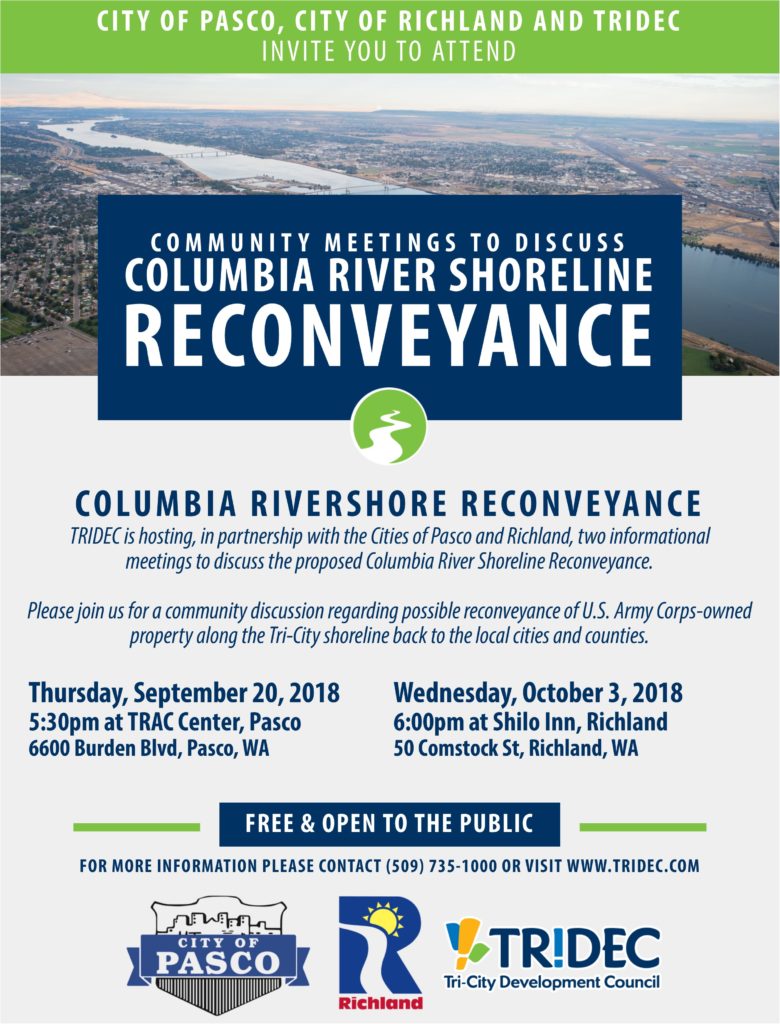